Our Priority for National Identity Card for each Nepali Youth

It has been a year that we are working for the Citizenship of Subash. It’s impossible to make his citizenship from Balmandir because there is no any record of him. Before 12 years police found him on the street of Chitwan and they immediately put in Balmandir. Balmandir accept Subash without any document from police and they neglect the documents. He don’t have birth certificate neither the name of his village. After SEE when he start higher scholarship under Creative Nepal we try to find some hints and we were successful to find the contact of his mother. Her mother is living in Chitwan. This made us very happy and lots of hope. But finally it was very difficult to communicate with her because of her mental problem and even she don’t have the citizenship so it was impossible to make citizenship of subash with the help of her mother. Situation of mother was most miserable so we decide to help entire family to make their necessary documents.
We travel towards chitwan with Subash and one representative from Balmandir. We meet different political leaders including the mayor of Chitwan. As there was no any proof that Subash was born in this place no one was ready to help for it. Even there was no any recommend letter of police when he was admitted in Balmandir. Situation got more and more complected. After the 5 days stay in Chitwan we return back Kathmandu. Everyone knows he is Nepali but no one could help without the written evidence. We were  more worried and Subash too.We found his biological brother as well but he is also without any documents. We thought we work a lot but again we came to zero. A week after returning back to kathmandu some person from the Chitwan told us that a local newspaper wrote a news about this family in 2014. This gave us new hope so we started searching all the news published by Chitwan Post daily online newspaper in 2014. Thanks god we found it along with sad story of his family.
As per the news 16 years before his father migrate from Makwanpur district to Chitwan and he got married in Chitwan and have 3 children. He used to ride rickshaw ( three wheel bicycle). One day a bus hit him and his leg broke down and he could not work anymore. After, they begin to survive by begging on the street. Children were taken by some NGOs from the street and Subash got lost . Subash was already in Balmandir during this time. His father never return his village and mother was not informed anythings about the village of his father. We began to search the village that was written in this news and thanks god finally we are able to find the village of his father. Subash went  in the village of his father based on the information from Newspaper. As soon as he arrived all the villagers remember his father and they are ready to give him identity. Their was uncle and Aunty from Father side who was most responsible for their citizenship.  Step by step we are near but things are still not easy.There is neither citizenship of his father (who is already died), nor death certificate. There is not citizenship of his mother. Once the citizenship of mother is ready we need to make the citizenship of his elder brother and then of Subash and his younger brother. Its seems that it will take longer time and we were positive. With our continuous follow up and also financial support from Ruta 6 we could go ahead. We did first birth certificate of his mother and then her citizenship. In each steps Application and Verification of place was always most difficult part as there were any documented proof. But with our request and positiveness government officers were convinced. We finally did Marriage Certificate ,death certificate of father, Relationship Verification Certificate, Birth Certificate of Subash. Now Subash has got Citizenship with him. Not only that he has got Family but also Society along with Culture and Tradition and the most important originality. Now he is determined to take care of his family and also do his best as part of Society. We always believes that there is unbound happiness in making things possible which are considered to be impossible. 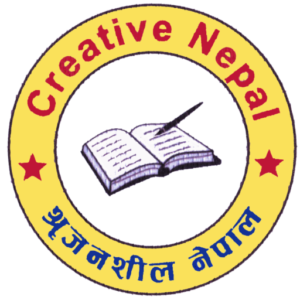